You are here: Home > Where to Stay > Backwell House 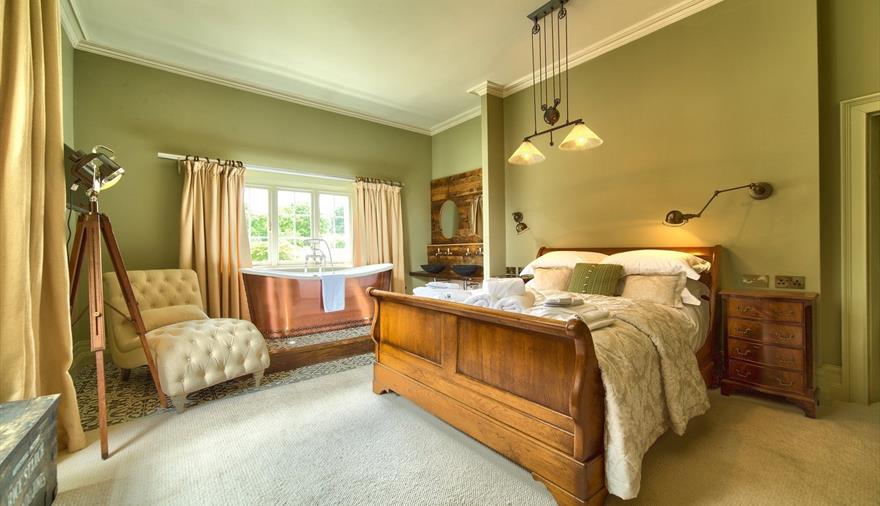 Backwell House has re-opened, subject to Government restrictions. Please check directly on their website and/or social media channels for the latest updates.

Backwell House is a beautifully revamped Georgian country house just six miles South West of Bristol, which opened in July 2016. From its mellow stone portico, you'll see only rolling hills, yet the bright lights of the energetic city are a mere 15-minute drive away. Inside the house are nine double ensuite bedrooms, each stylishly and uniquely decorated with antique finds, reclaimed timbers, local artworks and reconditioned vintage bathtubs.

It has been managed by Sam Warrilow since July 2019, with Operations Manager, Emily Green, joining in September 2019. Head Chef, Andy Brooks and his team arrived in the Autumn of 2018 and have successfully raised the bar sky high with the quality of our food offering. Backwell House was awarded AA 2 Rosettes, in addition to AA 5 star Restaurant with Rooms among other accolades. Andy has brought to Backwell House his style of traditional but imaginative cooking with quality locally sourced meats and fish and delicious accompaniments.

The quintessentially English house, built in 1817, is independently owned and run and it feels rather like you’re staying in a friend’s very chic country pad. With oodles of Georgian charm, updated for the 21st century guest, it's the ideal countryside escape for a romantic getaway or an extravagant private party.