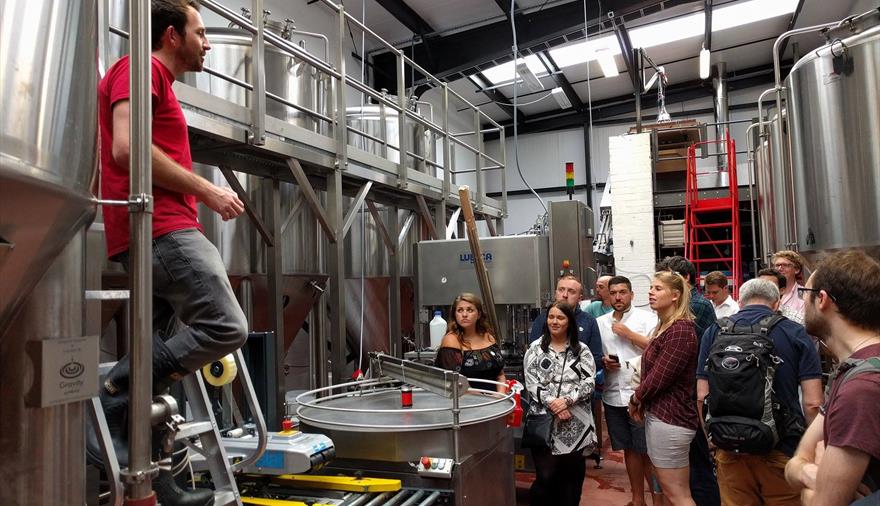 Moor Beer was reborn in 2007 when Californian Justin Hawke purchased the defunct business and created what has become one of the world’s top rated breweries. Named from the Levels and Moors area of Somerset where the brewery originated, Moor Beer moved to central Bristol behind Temple Meads Rail Station in 2014 and now showcases a Tap Room, shop and tours.

Their inspiration comes from living around the world and working with different beer styles and techniques. They take the German, naturally hazy philosophy, combine it with the American flavour-forward approach to brewing and the British secondary refermentation tradition to create what they call Modern Real Ale.

Beer is about flavour, drinkability and enjoyment. Stemming from their California roots, their beers are full flavoured, often hoppy, but always incredibly balanced and drinkable. This comes from their use of British floor malted barley, select hops from around the world and a laser focus on quality at their in-house laboratory.

It’s earned them stacks of international awards, a wide collection of top ratings and they’re the first to be accredited by CAMRA for cask, keg, bottle and can. That’s why discerning drinkers always prefer to Drink Moor Beer!

Moor has a tap room & retail outlet open to the public 7 days a week. It has 10 taps selling draught beer Wednesday-Saturday 12:00-22:00 and 12:00-18:00 on Sunday, a beer garden and often has events and food pop-ups. It is also open from 9:00-17:00 Monday and Tuesday and from 9:00 Wednesday-Friday for takeaway sales of beer and merchandise. Brewery tours are available every Saturday at 12:30. They are £12 per person, last 30-40 minutes and include three beer tokens to use in the tap room afterwards.