You are here: Home > What's On > Bristol Shakespeare Festival: Hamlet The Musical at The Room Above

Bristol Shakespeare Festival: Hamlet The Musical at The Room Above 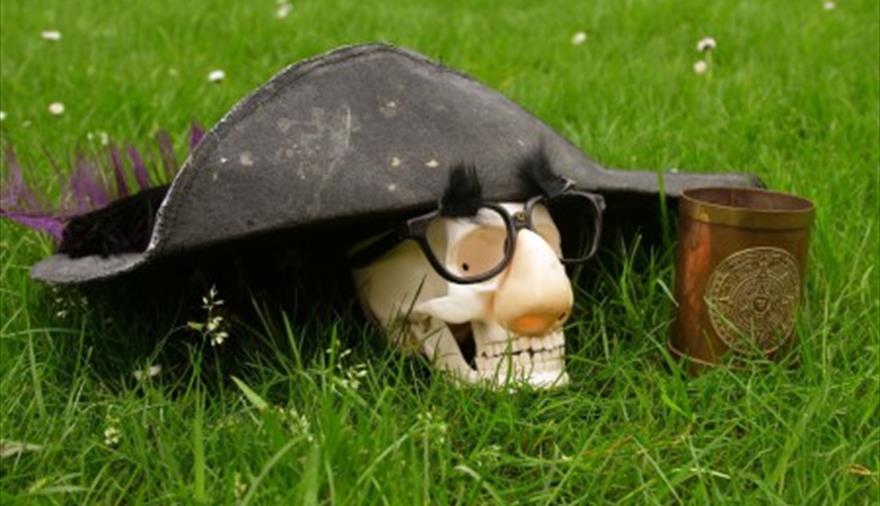 Experience Shakespeare’s most famous play in its purest, most ridiculous form!

The timeless story of Hamlet is retold with cheeky irreverence and boundless energy through genius rewrites of modern hits – including classics by Queen, Britney Spears, ABBA, and Elvis Presley.

Whether you know the plot inside out, or have never seen any Shakespeare before, this is for you. Hold onto your ruffs as this show takes you on a tongue-in-cheek, whistlestop tour of the Danish tragedy, with a little help from Frank Sinatra, the Killers, and Kanye West (amongst others).

At last, after centuries of waiting, this iconic tale is finally being told properly – complete with skull puppets, rap numbers, and line dancing!

As the Bard himself (probably) once said – “If music be the food of love, ROCK ON”

About the Company
The Bristol Shakespeare Festival, running annually since 2003, hosts performances of accessible Shakespeare in venues across Bristol, constantly expanding to bring the Bard to new audiences – and to welcome back familiar faces – every year.

As well as hosting local and national companies, Bristol Shakespeare Festival has a proud tradition of producing their own shows, drawing on their breadth of experience to create fresh new takes on the Bard’s life and works – ‘Hamlet the Musical’ is one of two shows BSF are producing for 2018, alongside 1599: A Year in the Life of William Shakespeare.