You are here: Home > What's On > Ferment Fortnight at Bristol Old Vic 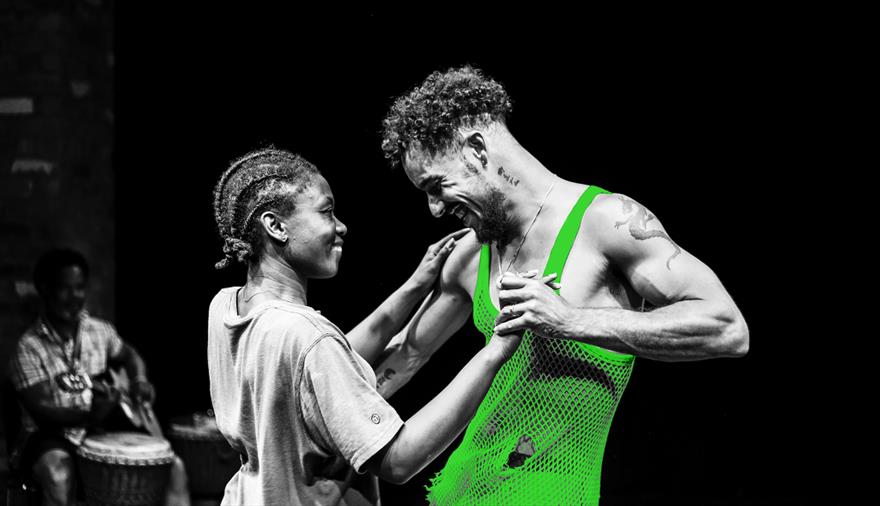 Marking its 10-year anniversary, bi-annual work-in-progress festival Ferment Fortnight is back in The Weston Studio and ready to showcase some of the finest innovation-seekers and theatre-makers the South West has to offer.

Ferment Fortnight highlights Bristol Old Vic’s 2020 Year of Artists pledge to champion creativity in everyone and stage work by the most outrageous talent Bristol has to offer. The 2-week festival will introduce the budding ideas of artists from across the South West, allowing audiences to engage with work that is still being made and feedback on scratch performances from emerging and established local theatre-makers.

Tickets: All performances are £5

Tue 28 Jan, 8pm
D.E.S.T.I.N.Y
Destiny dreams big. She dreams glamour. She’s gonna be an MTV Base backing dancer; you watch. If J-Lo can make it outta the Bronx then Destiny can make it off the scummy Hill Rise Estate in Chippenham. She’s fearless, ferocious and up for the fight (she’s had to be). Born below the breadline, she's desperate to see beyond the neighbourhood and find hope in hopelessness. D.E.S.T.I.N.Y gives an insight into the country’s most forgotten youth and the 4.5 million children currently living in poverty in the UK.

Wed 29 Jan, 8pm
Polly (The Heartbreak Opera)
A riotous adaptation of Polly, John Gay’s banned sequel to The Beggar’s Opera, with techno, tracksuits and palm trees. Set in a tacky beach resort on a storm hit island, we meet jilted brides, pregnant murderers, pirates, politicians and power pop girl bands. Telling not just the story of Purest Polly Peachum but of the other wives of Mac the Knife as well, this is a viciously satirical, unashamedly sexy, fierce and very funny not-quite-musical. It is a battle cry for the broken hearted, a joyous dissection of love, loss and revenge, with songs inspired by Peaches, Britney and Nina Simone.

Thu 30 Jan, 8pm
Utility Function
Eli XO have been told by their record label that they need to step up their game for their next album. They decide to take action & go to a remote location to record with an AI; the latest state of the art intelligent recording studio. As time progresses the band begin to suspect the AI is going above and beyond the call of duty. Is it friend or foe? Is it helping or hindering? Each member of Eli XO interprets the AI differently. But who is right?

Fri 31 Jan, 3:30pm
Body & Soul
Body and Soul is a new British musical-in-progress inspired by a true story. In a tiny Cotswold hamlet a small group of elderly, female congregationalist Christians rented their Sunday school out to a pole dancing class to raise funds for their crumbling buildings. Body and Soul is inspired by the two communities of women who gathered at this old chapel in the Cotswolds; some to sing hymns and worship and others to pole dance. This early sharing of ideas for a new musical brings these unlikely worlds together, as three generations of characters unearth ancestors, awaken goddesses and laugh their t*ts off.

Sat 1 Feb, 5pm
Bob
(Ages 5+)
Two friends play alone in an undescribed, unnamed place. They have their own private games and play together in silence or using limited language. One day, Bob - a blob of light - comes bursting into their world, and their world becomes brighter with him inside of it. With him they play games, make adventures and explore. They are happy. But one day Bob’s light fades away, and then they are left to come to terms with his unexpected disappearance from their lives, helping each other to understand the process of letting Bob go, and moving forward.

Tue 4 Feb, 8pm
Something in Your Voice
In this ambitious new performance, Emergency Chorus pick up the phone and plunge into a vast cityscape of moving bodies, dense information and traffic, eavesdropping on bleary arguments, late-night gossip and whispered confessions.Taking inspiration from the everyday dance of switchboard operators and the poetry of the Yellow Pages, Something in Your Voice maps out a tangled web of crossed lines and broken signals, asking what connects us in a world where everyone is in touch.

Wed 5 Feb, 8pm
The Beast in Me
Who is the stranger who waits at the crossroads? Why does the filthy stranger wear a bear’s skin, and why do his pockets overflow with gold? Shot through with mysterious imagery, The Beast in Me is an unforgettable tale of the calamitous impact of chance and the redemptive power of love. The Devil’s Violin return; since their inception in 2006, they have developed a huge following for their gripping and powerful storytelling. The Beast in Me will feature their trademark fusion of timeless story and beautiful live music, as well as a few surprises!

Thu 6 Feb, 8pm
Babel's Cupid
Babel’s Cupid is a play about sex and translation. It's about how words hold immense power, but how language as communication isn’t merely contained in the words spoken. It's about how bodies change words. It features talk of a big-ass telescope (not a euphemism) and dancing at the end of the world (also not a euphemism). It might get loud. It might get sweaty. Or maybe it’ll just be the quickening of a pulse, the flicker of an eye, and the impossibility of turning away.

Fri 7 Feb, 8pm
Outlier
Devon. A party. A funeral. A tortoise smuggled in a box. Ama, Lewis and Oskar have grown up together. In each other’s pockets in some ways, isolated in others; they smoke, drink and charge through life together. They are railing against the stories they feel have been written for them. This is their opportunity to show you who they are and who they could be. Based on lived experience, Outlier will become a gig-theatre piece combining spoken word storytelling, animation and loud music to explore themes of addiction, mental health and belonging in the rural reaches of Britain today.

Sat 8 Feb, 8pm
The Gravity
Sam is trying to hang on in a world that doesn’t care and that feels like it’s falling apart. As Sam disappears further down the rabbit hole, she finds reality bending around her as she tries to find a way back to what is real and true about the world that she is in. The Gravity is a new piece exploring suicide and despair with influences from the world of satire, black comedy, cinema and sci-fi. This work-in-progress is the culmination of a two week R&D, the first workshop phase of the project.

Sun 9 Feb, 8pm
Outlier (Gig version)
Crofters Rights, 117-119 Stokes Croft, Bristol BS1 3RW
Same show, different venue after Outlier’s earlier outing in the Weston Studio.
Devon. A party. A funeral. A tortoise smuggled in a box. Ama, Lewis and Oskar have grown up together. In each other’s pockets in some ways, isolated in others; they smoke, drink and charge through life together. They are railing against the stories they feel have been written for them. This is their opportunity to show you who they are and who they could be. Based on lived experience, Outlier will become a gig-theatre piece combining spoken word storytelling, animation and loud music to explore themes of addiction, mental health and belonging in the rural reaches of Britain today. 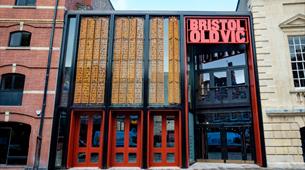 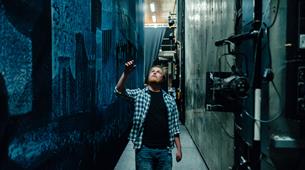 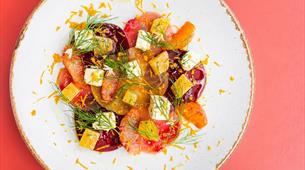 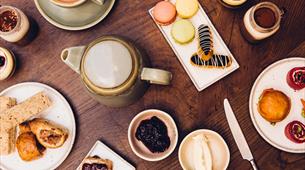