You are here: Home > What's On > Frank Bowling at Arnolfini 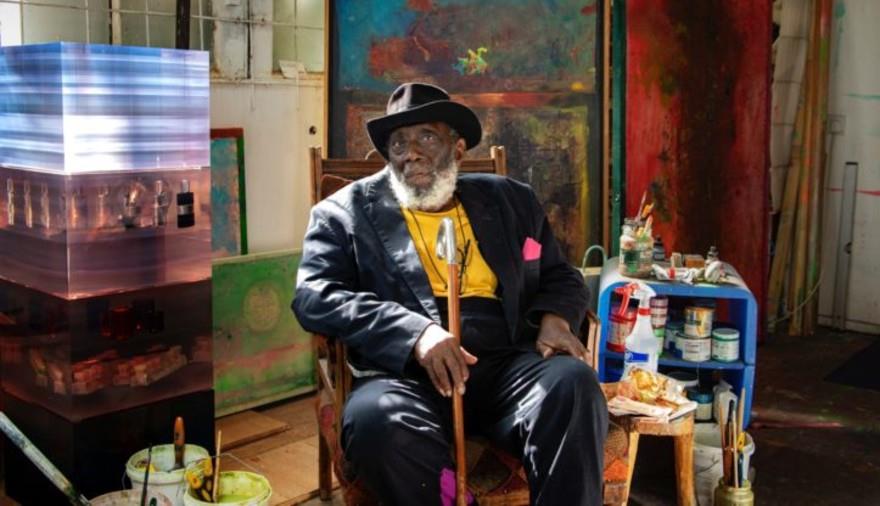 Arnolfini are delighted to announce a major exhibition with pioneering painter Sir Frank Bowling, OBE RA, as part of their 60th anniversary year celebrations in 2021. The exhibition will feature new and recent work, as Frank continues his exploration and experimentation with the painted surface that has marked his extraordinary career.

The exhibition follows the announcement of Bowling’s recent signing with Hauser & Wirth who will stage their first exhibition of Bowling’s work at the New York gallery in April 2021 and the London gallery in May 2021. The Arnolfini exhibition will be Bowling’s first museum exhibition since his widely applauded and long overdue retrospective at Tate Britain in 2019 which cemented his reputation as a ‘modern master’.

Arnolfini's How Do You Feel? guide encourages you to experience Frank Bowling's exhibition through your senses, feelings, imagination and memories. There is no right or wrong way to experience the works. By paying close attention to your own responses, you will discover as much about yourself as you will about the paintings you encounter. The guide has been created by Gaylene Gould and The Space to Come. Available in galleries and online.

About Frank Bowling
Sir Frank Bowling, OBE, RA, has been hailed as one of Britain’s greatest living abstract painters and as a ‘modern master’. His uniquely beautiful paintings are said to display a ‘visionary approach that fuses abstraction with personal memories’. They have been described as ‘late modern masterpieces’ of ‘astonishing physical power and stunning visual drama’ made during a lifetime of relentless experimentation. They have been exhibited in hundreds of group and solo exhibitions and can be found in fifty institutions worldwide.

Bowling’s innovations in technique, the use of paint and surface texture have changed the practice of painting. Bowling has won a great many accolades during his career including the silver medal in painting and an honorary doctorate from the Royal College of Art (in 1962 and 2020, respectively).

He was made a Member of the Royal Academy of Art in 2005 and awarded an OBE for services to art in 2008 and has been given the honour of Knight Bachelor conferred upon him in the Birthday 2020 Honours List by Her Majesty The Queen. Bowling is an artistic pioneer who has shown dedication and dogged persistence in the face of obstacles throughout his life of painting, writing and teaching. His work ethic is second to none, painting in his studio every day.

Bowling is an inspiration to younger artists and supports students at a number of art schools and many other good causes. Recognition has come late in Bowling’s career. As well as ‘magnificent’, ‘joyous’, ‘spectacular’ and ‘astonishing’, his 2019 Tate Britain retrospective was described as ‘long overdue’. Aged 86 Bowling’s only ambition is to continue to work in his studio. Through his paintings, that ‘crackle with experimental energy’, his writing and impact on the canon of contemporary painting, and in his support for younger artists, Bowling has made a strikingly original and world-leading contribution to British painting and art history. 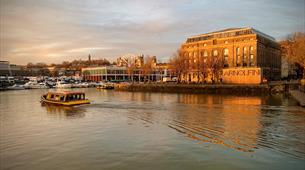