You are here: Home > What's On > Halloween: Blood, Blackbeard and Buccaneers 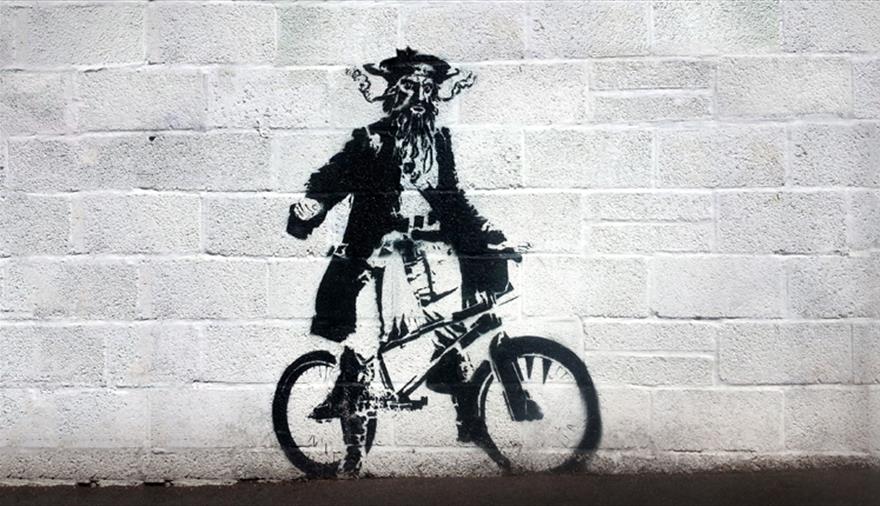 Extraordinary new revelations about Blackbeard, the world’s most famous pirate, are promised in Show of Strength’s new walking tour of Bristol docks – just in time for the 300th anniversary of his death.

Edward Teach, aka Blackbeard, was born in Bristol in the 1680s. Probably. Only there are no records to prove it. But new information from Jamaica supports his Bristol origins, and even fills in some of the missing details of his life. And those details are remarkable.

The real Blackbeard couldn’t have been more different from your average, rum soaked TREASURE ISLAND pirate. Much of what we do know about him – including his legendary brutality – was probably self invented. Blackbeard created his own fake news to terrorise his enemies into an early surrender.

The tour lasts 2.5 hours, visiting dockside hostelries and landmarks along the way.

Meet at The Golden Guinea in Redcliffe (BS1 6SX), finishes near The Centre.
Cost: £10, advance booking only, buy your own drinks.
Lasts: 2 – 2 ½ hours.
Mainly on the flat with 3 more dockside hostelries along the way.

How to have a pirate-themed day out in Bristol