You are here: Home > What's On > IDLES on The Downs

IDLES on The Downs 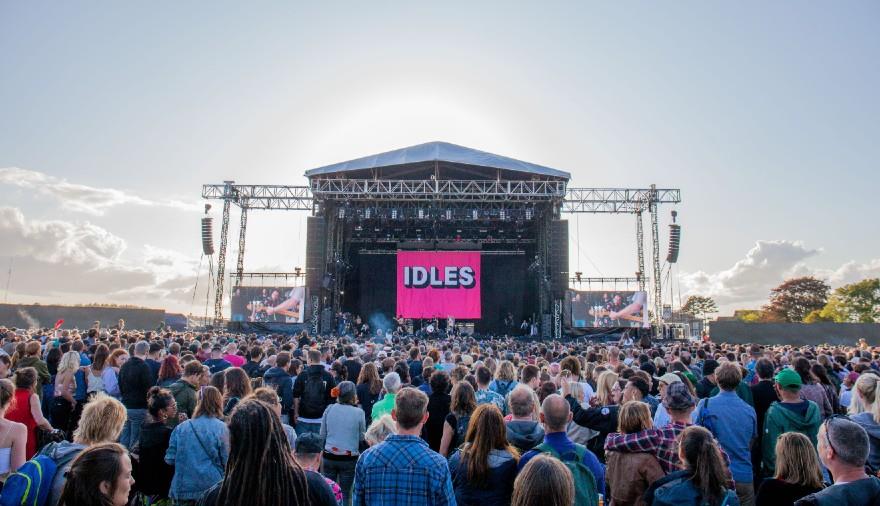 Bristol’s favourite sons, IDLES, will headline outdoor concert on The Downs this September. This one-off gig will be IDLES first headline outdoor show in Bristol. Welcoming 10,000 people to The Downs, to watch the iconic five-piece.

Taking place across three festival-sized stages, music kicks off from 3pm and rolls right until close at 11pm, meaning there's a sizeable roster of national & local talent joining IDLES on the full line-up.

The Main Stage hosts an uncompromising selection of live & electronic musicians, who continue to push the envelope of modern left-field music. Ahead of IDLES headline performance is genre-crossing Scottish composer & producer Anna Meredith, synth-infused Yorkshire group Working Men's Club & the shimmering resonations of Jane Weaver who has already released one of the best albums of the year so far. With new-comers TV Priest stirring up huge excitement in the industry & London punk trio Big Joanie completing the Main Stage billing.

Stage three plays host to some of the best up-and-coming bands & musicians from Bristol & across the Country, hand-picked by IDLES and the minds behind Team Love & Simple Things. Having joined IDLES on their last tour pre-pandemic, Heavy Lungs top the billing, with Alewya, Delilah Holliday, Grandmas House & Slagheap completing the roster.

IDLES scored their first UK Number One album in 2020 with ‘Ultra Mono’, which also became the fastest selling vinyl release of the year, but unfortunately have yet to be able to play the album out to any of their fans since their sold-out tour has been pushed back to 2022.

Tickets:
£45.00 + bf
The show is open to all ages but under 16s must be accompanied by a responsible adult

On Tuesday 27 July, IDLES announced they were making available 2,000 free tickets to NHS Workers in Bristol, North Somerset and South Gloucestershire (BNSSG) for this headline outdoor concert. If you are an NHS worker in the local area you will have been contacted with a sign-up form to register your interest in tickets for yourself and a guest.