You are here: Home > Things To Do > St John on the Wall

St John on the Wall 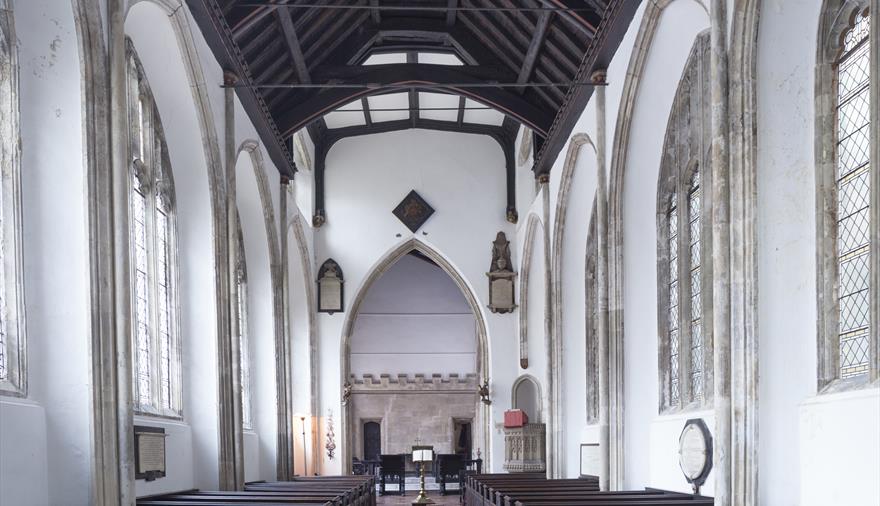 St John on the Wall is currently closed due to the Covid-19 pandemic. It hopes to open soon so please check their website for updates.

Discover medieval Bristol at St John on the Wall. Explore this hidden church built into the old city wall and descend into the vaulted crypt, uncovering its history and the stories of those who walked through its gate.

In the 12th-century there were five churches built into Bristol’s city walls, acting both as part of the city’s defences, and as places for travellers to offer prayers before a journey. St John on the Wall is the only one that remains. As you walk down the slope of Broad Street the view of the Gothic city gate with its elegant perpendicular spire rising above is stunning.

The building of St John on the Wall coincided with a period of great prosperity for Bristol. Walter Frampton - mayor of the city three times in the 14th century - founded the church and his splendid monument stands in the chancel. His effigy lies on a tombchest decorated with heraldic shields, with a long-tailed dog at his feet.

Other monuments in the chancel, and in the early 14th-century vaulted crypt beneath, testify to the wealth and business activity of the city  in Medieval times and later. See, for example, the alabaster tomb in the crypt of a merchant and his wife  with their ten children represented in panels below.

The interior of the church is impressively tall and graceful, with fine fittings dating mostly from the 17th-century. On the north side of the church, built into the city wall, is a fountain. It’s a branch of the conduit that runs underground from Park Street to the church, installed to bring water to the Carmelite Friary 700 years ago. It is said that at election times in the past it was sometimes made to run with wine.

* Hoping to open soon so please check website for updates

The Church is located at the bottom of Broad Street, at the intersection with Quay Street and Tower Lane. Parking is available at Rupert Street NCP.