You are here: Home > What's On > The Downs Festival 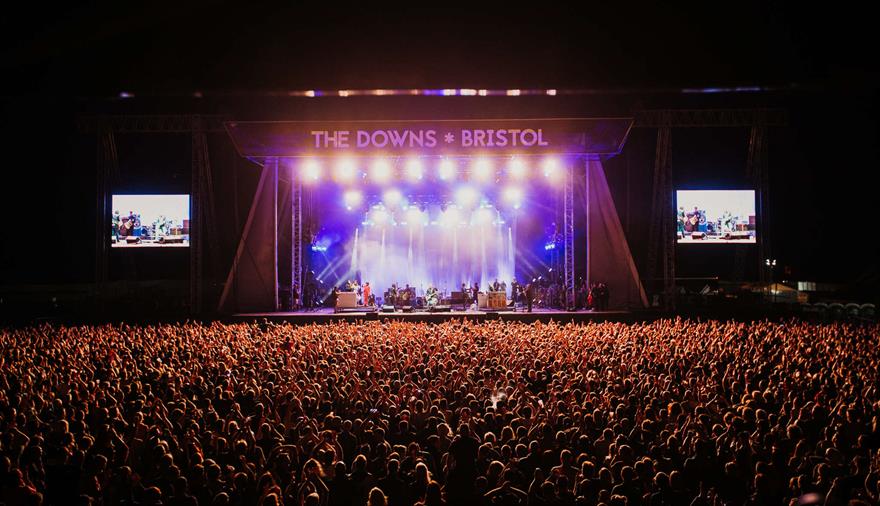 American singer, songwriter, rapper and founding member of hip-hop pioneers The Fugees, will headline the Downs Stage on Saturday night and is the festival’s first female and international headliner. Hill’s only solo album, The Miseducation of Lauryn Hill, earned her five Grammy Awards and remains one of the most critically acclaimed hip-hop albums of all time.

IDLES will play their largest gig ever in Bristol, following a huge 12 months for the band. The local five-piece’s popularity has soared in recent years, following the release of their 2017 album Brutalism, and more recently Joy as an Act of Resistance in 2018 and in 2019 IDLES were nominated for Best Breakthrough Act at the Brit Awards.

Swedish singer, songwriter and rapper Neneh Cherry will also feature at The Downs Bristol. The stepdaughter of jazz trailblazer Don Cherry, Neneh forged her own groundbreaking blend of pop, dance, hip hop and R&B picking up Brits, Grammys and MTV Europe Music Awards along the way.

The festival’s stand out Avon Stage will be home to a dance and hip-hop line up, headlined by one of the UK’s most esteemed up-and-coming hip-hop artists, Loyle Carner. Also on the bill will be English electronic outfit Crazy P, DJ and electronic music composer Nightmares on Wax and a special performance from drum & bass outfit High Contrast, with the accompaniment of a live band.

Discussion and debate has been a key part of The Downs Bristol since its inception in 2016 and once again festival goers can expect the return of The Information Stage, a space where key note speakers address issues affecting UK society. After dark, this will transform into a music stage featuring new musical talent, after the huge popularity of last year’s line-up.

The Downs Bristol is an event for all the family and, making sure younger music fans have a great time, the Children’s Area is returning bigger and better than ever, with activities, workshops, dancing and much more.

Dr. Saba Shafi will be headlining The Information Stage this year, the commercial director of the Advocacy Academy, a youth movement working to unleash the power of young people to change the world, Saba is sure to get the audience engaged with her worldly stories and first-hand experience on the influence of young people.

Another powerful addition to the Information Stage is Charlie Craggs.  Charlie is an award winning trans activist and author, dubbed “the voice of the community” by Vogue. Her campaign Nail Transphobia helped revolutionise perspective, as she travelled around the UK with her pop-up nail salon offering members of the public the chance to have a conversation with a trans person in order to humanise the issue.

Authors of the ‘Black Girl Bible’, Slay in Your Lane, Yomi Adegoke and Elizabeth Uvibinene will be offering an insight into how individuals can flourish despite their limitations. Yomi is a multi-award winning journalist and author and Elizabeth is an award-winning marketing manager and together they have written a modern day masterpiece on race, feminism, popular culture and how they intersect, as well as class and politics.

Exploring intersectionality, justice and social commentary, Desree is a spoken word artist, writer and facilitator who uses words to express opinion on modern day issues and the impact they have on individual lives. As runner up in the 2018 Hammer & Tongue final and a TEDx speaker, she has featured at events all over the UK and internationally and is joining the line up at The Downs Bristol this year.

Scottish rapper, hip-hop artist and social commentator Darren ‘Loki’ McGarvey is a writer, columnist and hip-hop recording artist who has lived through extreme poverty, addiction and homelessness and uses his experiences to support others. Founder of the Volition Scotland, he encourages young people to express themselves through rap and music and this year will be coming to The Downs to inspire and motivate the Bristol crowds.

Movement of the moment Extinction Rebellion will be present on site, explaining just how the battle against climate change can be won.  Also exhibiting will be Anagram (Make Noise), Oculus Go, Nail Transphobia, Caring in Bristol, Aid Box Community, Sleep Pods, Protect our NHS, Greenpeace and many more.

Milo’s Planes will be kick off musical proceedings following the programme of speakers. The punk/post hardcore band hailing from our very own Bristol are currently demoing their fourth album and are already well known for their incredible live gigs.

Next up will be Brighton based quintet DITZ who have garnered a reputation in the hardcore scene for their wild, energetic shows and have been described by Joe Talbot of IDLES as ‘the best band in Brighton and probably the world!’

South London new wave punks Talk Show will be playing the penultimate set at the Information Stage. Signed to Flexi White of The Maccabees’ new Yala! records venture, NME called them ‘one of the capital city’s most beguiling prospects.’

Closing The Information Stage are Heavy Lungs. Formed in May 2017 in Bristol, through friendship, and a desperate need for artistic and sonic self-expression and fronted by Danny Nedelko, namesake of the popular IDLES tune, in the two years they’ve been together they’ve gained a considerable amount of attention thanks to their raw musical output and riotous live presence.

£55 plus booking fee and available in person at Bristol Ticket Shop (Broadmead) or online via thedownsbristol.com.