You are here: Home > Things To Do > Only Fools and Horses Tour

Only Fools and Horses Tour 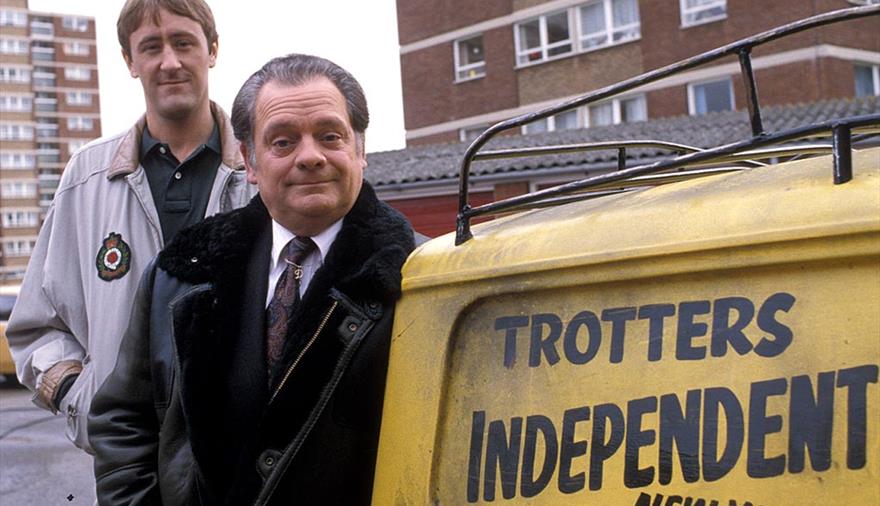 Since Only Fools and Horses was first broadcast in 1981, it has won over legions of fans both in the UK and overseas and is considered by many to be Britain’s best sit-com. Written by John Sullivan, Only Fools and Horses was set in Peckham in South East London. However, the show was never filmed there, instead being filmed primarily in West London and Bristol in the West of England.

From the late 1980s and particularly the 1990s, the show was made in Bristol until it ended in 2003 and it is here in Bristol where you will be taken to scenes that have become iconic in the history of British comedy.

Your guide, who is also a fan of the show, will take you behind the scenes and share information with you on how the show was filmed, the characters, such as Del Boy, Rodney, Uncle Albert, Trigger, Boycie, Marlene and Denzil and the fantastic scripts written by John Sullivan.

Starting from central Bristol, the coach tour will include sites in and around the city centre and there will be several stops and walking required as part of the tour, so please ensure you have suitable footwear and clothing.

So don’t be a plonker and book today. You know it makes sense!