You are here: Home > Things To Do > St James Priory 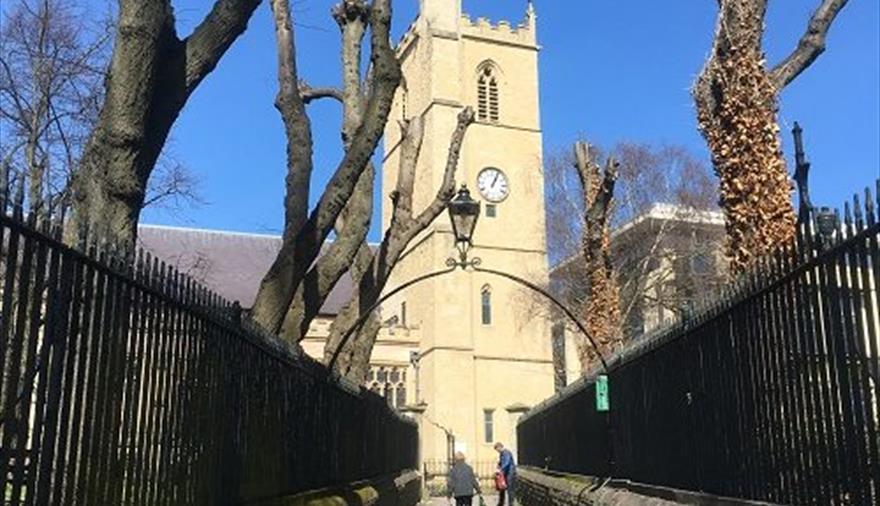 St James Priory is the oldest church in Bristol that’s still in daily use. It dates from the 12th Century.

It is open from Monday – Friday from 10am – 5pm. Now a Roman Catholic Church, Holy Mass is celebrated at 8am on Sundays and at 1.05 pm from Tuesday to Saturday. All are welcome.

St James is Grade 1 listed, as a building of outstanding architectural and historic interest. Between 2009 and 2011 a huge £3 million HLF grant, and matched funding of £1 million by our Charity, financed a repair, conservation and renovation project that has restored the building to its current grandeur.

St James Priory was founded between 1124 and 1137 by Robert, first Earl of Gloucester, who owned the castle at Bristol. To start with, there were 11 or 12 monks and a Prior, who lived under the rule of the Benedictine Abbey of Tewkesbury. Robert died of fever in 1147 in Bristol and was initially buried in St James Priory.

As well as a spiritual role as a Benedictine Priory, St James played a significant part in the social and economic history of Bristol. In addition to providing support for the poor its activities include being a key player in the urban development of Bristol, the landlord of the Whitson Fair (a major medieval South West trading fair) and offering an important place of burial.

St James Priory continues today to offer a haven of serenity and peace in the heart of the city for all visitors and travellers. There is a wide range of historical displays and information available. Tours of the Church can be arranged by appointment.

The St James Priory Project Charity also provides charitable support for vulnerable people in recovery from drugs and alcohol dependency and those with mental health problems.

There is a café (Café Refectoire) attached to the church, which provides a welcome for passers-by and those visiting this historic site. It also provides an access to the Priory Church and a revenue to support our charitable work, www.caferefectoire.co.uk

* St James Priory is open from Monday to Saturday between 9am and 5pm, with Mass starting at 8am on Sundays.