You are here: Home > Things To Do > The Matthew 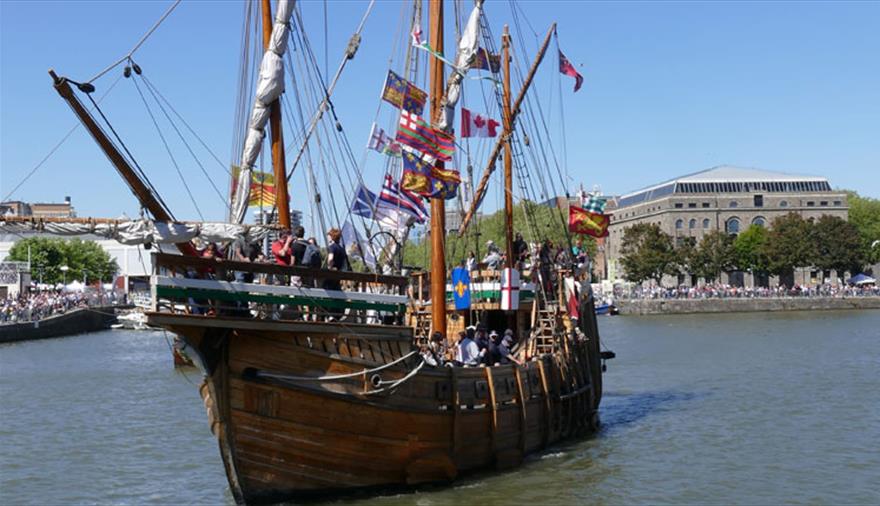 Based in Bristol’s floating harbour for much of the year, the Matthew is popular for harbour tours as well as longer sailing trips.

The Matthew is owned by The Matthew of Bristol Trust, and when in Bristol she is moored outside Bristol's M Shed museum. In June 2012 she took part in the Queen's Diamond Jubilee pageant on the River Thames, and returned to Bristol shortly afterwards.

The Matthew has been in Bristol for the majority of the summer, and was, as ever, a star attraction at Bristol's Harbour Festival in July. Ever popular, the Matthew provides an unrivalled platform to view the city from the water. Cruise gently past the SS Great Britain, the old dock cranes and enjoy all the water activity that makes Bristol one of Europe’s most interesting maritime cities. For tickets and dates, contact the Matthew on 0117 927 6868.

The Matthew is a fabulous and faithful reconstruction of the boat used by John Cabot when he discovered Newfoundland in 1497. The stunning replica was built here in Bristol to mark the 500th anniversary of Cabot's voyage, and upon her completion she set sail to reconstruct Cabot's original journey.

On this historic journey, the Matthew followed the same course to Newfoundland as John Cabot had in 1497, carrying the same number of crew members and taking exactly the same amount of time to complete the crossing. On 24 June 1997 the replica of the Matthew was welcomed into port at Bonavista by Queen Elizabeth II.

Today, when not in Bristol Harbour, the sails are unfurled and the ship continues to explore the exciting wild seas around the British isles and Northern Europe - creating a spectacle wherever she ventures.

How to have a pirate-themed day out in Bristol

The Matthew of Bristol

We're grateful for the happy memories people have had aboard The Matthew and look forward to welcoming more people… https://t.co/sUB8ZWVb8x
27 Mar 2020   14:25:56
Thanks for the mention of The Matthew @RickSteves https://t.co/gUYURHbJ7M
27 Mar 2020   14:21:49
facebook: https://www.facebook.com/thematthewship/
instagram: https://www.instagram.com/thematthewship/ 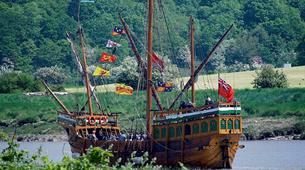 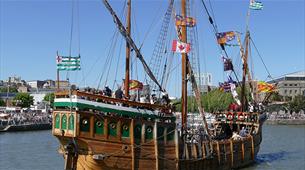 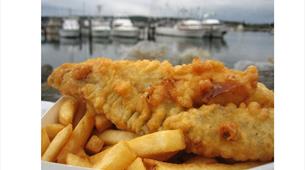 Fish and Chip Trip onboard The Matthew
more info 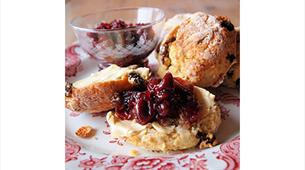 Explore the Avon Gorge trip aboard The Matthew, Central Bristol