You are here: Home > Things To Do > The Red Lodge Museum 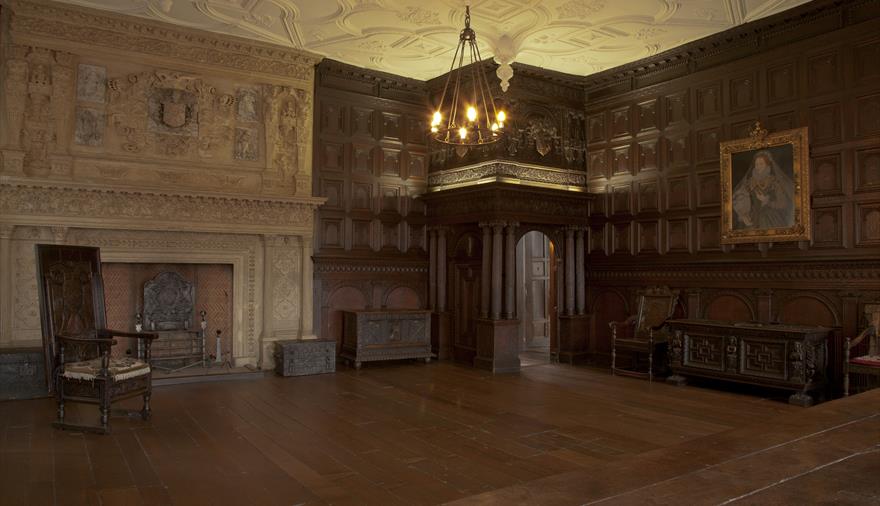 The Red Lodge is a historic Elizabethan house, tucked away near to the buzz of the busy shopping areas of Park Steet and the Christmas Steps. A visit is the perfect way to add a splash of history and culture to a day in the city centre.

The Red Lodge has been restored several times throughout its 400 year history. Originally a lodge to the Great House (which once stood on the site of the present Colston Hall), where Queen Elizabeth I once stayed, the Red Lodge is often described as Bristol's hidden treasure and houses the Great Oak Room, one of the finest rooms in the West Country.

As you step up the winding staircase and enter through the porch of the Great Oak Room, you will marvel at the magnificent oak panelling, the plasterwork ceiling and the magnificent carved stone chimneypiece. Downstairs, the Reception Room, Print Room and staircase are all fine examples of Georgian architecture.

The Red Lodge has had several uses, and was once used as a reform school for girls set up by Mary Carpenter. A room in the Lodge is dedicated to her memory. The walled garden is one of The Red Lodge's best features and is an excellent example of a re-created Elizabethan-style knot garden with herbaceous borders.

In 2010, workmen in a downstairs room of the Red Lodge Museum discovered a well that was covered over by a brick capping. The well was probably dug at the same time as the house was built, in 1580, when it would have been outside the house. The well is now a fantastic attraction within the Museum.

The Red Lodge Museum is open Monday, Tuesday, Saturday and Sunday from 11am to 4pm, and entry is free. Note that group visits should be booked in advance.

There are seven rooms over two floors that tell the history of the house, from its Tudor origins to its role as a Victorian girls reform school.

The Knot Garden:
• The walled garden at the Red Lodge is an excellent example of a re-created Elizabethan-style knot garden with herbaceous borders. All the plants grown here could have been found in English gardens by 1630.

A visit to the Red Lodge is a fascinating way to while away a couple of hours, and is a perfect accompanyment to a visit to the nearby Georgian House Museum.