You are here: Home > What's On > East Bristol Brewery Trail 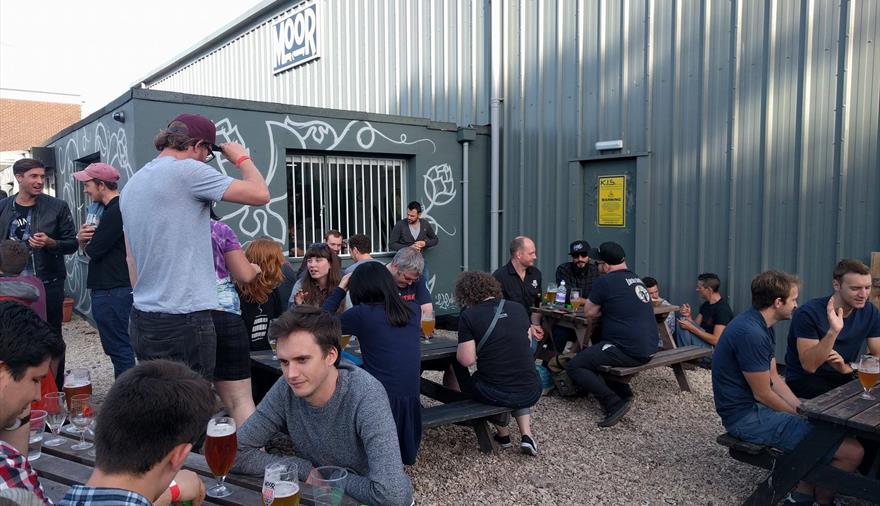 Seven East Bristol breweries will open up their taproom bars once again in 2022 in what has become one of Bristol’s most popular, and most missed, beer events. The East Bristol Brewery Trail has been run by Arbor Ales, Dawkins Ales, Good Chemistry Brewing, Left Handed Giant Brewing Co. and Moor Beer since 2016, and this year sees the introduction of two brand new breweries – Little Martha Brewing and Newtown Park Brewing Co.

The first East Bristol Brewery Trail since before the pandemic will take place on the early May Bank Holiday, Saturday 30 April and Sunday 1st May.

The tenth instalment of the two day event, which started in 2016, will take place over the August bank holiday weekend, on Saturday 27 and Sunday 28. Bookending the Summer Season of taproom openings, nearly all these breweries will be open through the warmer month between, before and after the two Brewery Trail events, as well.

With just a short walk between each brewery, it’s a chance to meet the brewers, sample some great local beers and explore the area. The Brewery Trail is centred around the start of the Bristol & Bath cycle path, near Lawrence Hill station and only ten minutes walk from Temple Meads. All the breweries will be open from midday each day of the Trail.

Each brewery will serve a range of their own beers from keg, cask, can and bottle, with brewery tours, DJs and live music across the weekends. Plus sample food from in-brewery pop-ups of Bristol’s best street food businesses.