You are here: Home > What's On > Bristol Sounds 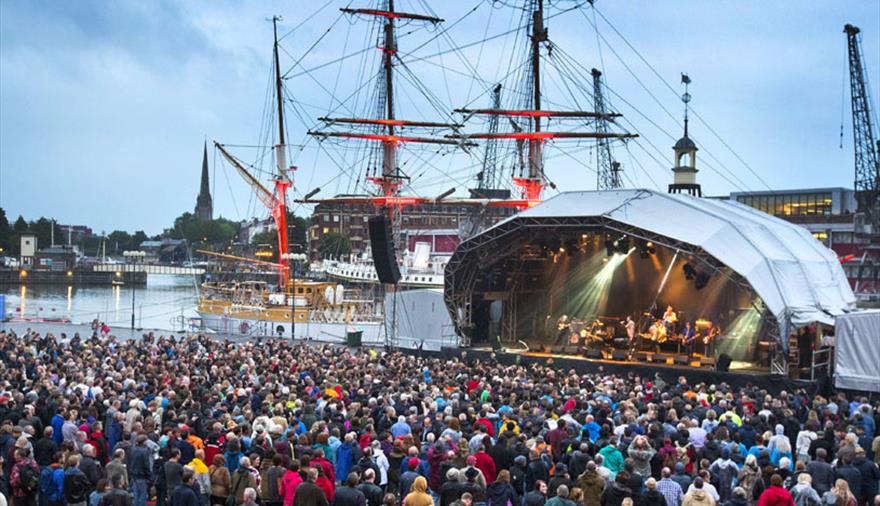 Following a two-year hiatus, Bristol Sounds has announced its emotional return to the city’s much-loved harbourside.

Bringing a diverse bill of live music to the heart of the city, the open-air summer concert series will take place from 22 - 27 June.

Following an epic headline set at The Downs, Bristol in 2018, firm festival favourite Noel Gallagher’s High Flying Birds will top the bill on Wednesday 22 June. Bristol Sounds 2022 is confirmed as one of Noel Gallagher’s only UK performances set for the year. Buy tickets

Paolo Nutini returns to Bristol on 23rd June for the first time since selling out the harbourside site in 2014. With a new album set to be released this year, this will be one of the few opportunities in the UK to see Paolo this summer. Buy tickets

Perennial favourites Elbow also return to the harbourside on Friday 24th June, having also headlined The Downs festival in 2017. Having released their ninth studio album “Flying Dream 1” in November 2021, the band are one of the UK’s most critically acclaimed live bands.

Assured to get Bristol dancing, British electronic music collective, Jungle, will headline on Saturday 25 June. Their new album ‘Loving In Stereo’, is a dynamic disco record for the post social distancing age, with a dancefloor-igniting celebration of all the things that make music irresistibly fun. Buy tickets

Closing this year’s event will see the biggest Bristol show ever by Philadelphian rock band The War on Drugs. The band released their fifth studio album ‘ I Don’t Live Here Anymore” in November 2021, and have become one of the biggest live  US acts in the UK in recent years. This show is bound to be a fitting close to this year’s stunning line up. Buy tickets

Bristol Sounds 2022 is set to be an incredible summer highlight.

These shows are fully standing, although the steps in front of the Lloyds building will be open for the audience to stand/sit on, again first come first served. There will be several food units available and a large bar, no food or drinks can be brought into the site. No under 5’s will be allowed on site and any under 16’s must be accompanied by an adult and have a valid ticket.